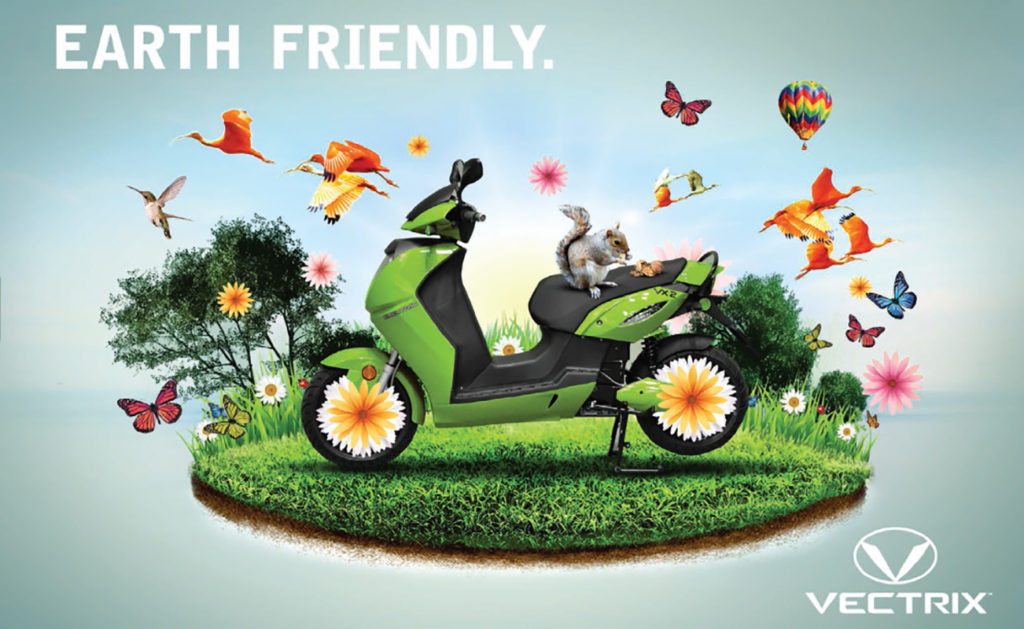 Blue C Advertising has been awarded the advertising, public relations and social media account for electric vehicle manufacturer VECTRIX™, a leading global designer and manufacturer of 100% electric two-and three-wheeled transportation.  In what could be called a “natural fit” Blue C will utilize a complete brand infusion marketing program that will include advertising, global public relations, social media integration, brand ambassador development and event strategy as well as a new-model launch of the Vectrix VT-1 vehicle. Blue C is the agency of record for Vectrix North America and Europe.

According to Brian Buccella, vice president of sales and marketing at Vectrix, “The Blue C team understands our mission, our passion and our products.” “With Blue C’s ability to integrate brand infusion strategies in key markets through their contacts in industries from action sports to music and major media we are excited to see what Blue C has in store for us.” he added.

“We are ecstatic to have been selected for this important job and to represent a evolutionary brand like Vectrix. It’s a big deal for us as a marketing agency,” said Eric Morley, co-founder of Blue C. “Vectrix is a company who’s ideals and passion are very similar to those of Blue C, and helping them achieve their mission is our job.” he added.