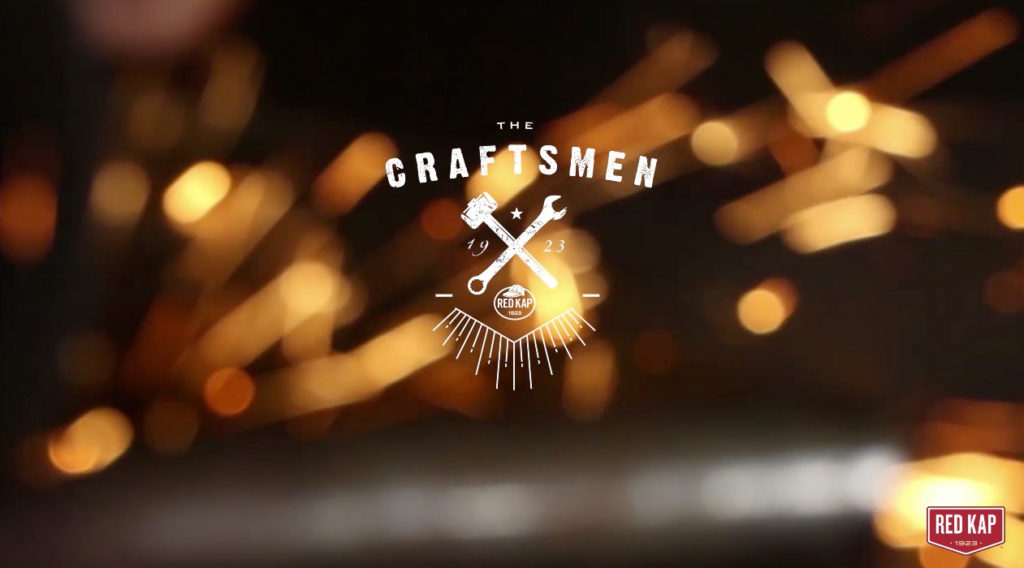 Blue C brings to life The Craftsmen Series for client Red Kap, the world’s largest manufacturer of automotive workwear.  Red Kap is a division of VF Imagewear, Inc., which is part of VF Corporation, the world’s largest apparel manufacturer. The Craftsmen Series profiles talented builders from the automotive and motorcycle industries.  Blue C created this new series designed to build authenticity and customer recognition for the Red Kap brand through the use of segmented print ads, social media, promotional support, event activation and video content. We aimed to provide the audience with engaging storytelling from prominent and authentic Red Kap craftsmen who have a passion for their craft. Blue C produced engaging content capturing each builder’s relatable story, passion and craftsmanship.  Featured in The Craftsmen Series are three custom builders: Pro BMX rider and classic car builder Heath Pinter, Matt Harris of 40Cal Customs, and Troy Ladd of Hollywood Hot Rods.

“We’re really excited to work with these purists in their fields of both motorcycles and car building. All of these guys have a unique story that adds depth to the brand,” said Blue C Advertising’s Creative Director, Jeff Bentley.

Heath Pinter is a BMX Pro-rider and classic car builder. Pinter’s videos showcase his passion for fabricating some of the coolest custom hot rods around by mixing traditional styles with modern flair.  Pinter’s unique build style and relentless pursuit for improving his skills has made him a natural fit to be featured in this series. Watch video here.

Matt Harris of 40Cal Customs first burst into the custom bike scene when he appeared on Discovery Channel’s Bike Live TV Show. A proper southern gentleman, Harris was selected for The Craftsmen Series because he is a builder true to his craft, a devoted family man and a hardworking entrepreneur who is passionate about building bikes and living the American dream. Watch video here.

Troy Ladd brings a classic style and unmatched attention to detail to his traditionally inspired vehicles. With “Best in Show” and “Builder of the Year” awards to his credit and TV shows such as Ultimate Car Build Off (2010) and American Icon: The Hot Rod (2010), Ladd is the perfect fit for The Craftsmen Series. He is an authentic American designer who has proven time and again that his builds are some of the most creative and timeless hot rods on the road. Watch video here.

Blue C is excited to continue developing brand strategy and creative executions in collaboration with Red Kap. We will continue to highlight these craftsmen on the Red Kap website and at the upcoming 2015 Vegas SEMA Show in November. We’re excited to share their stories and are looking forward to our continued partnership with Red Kap.