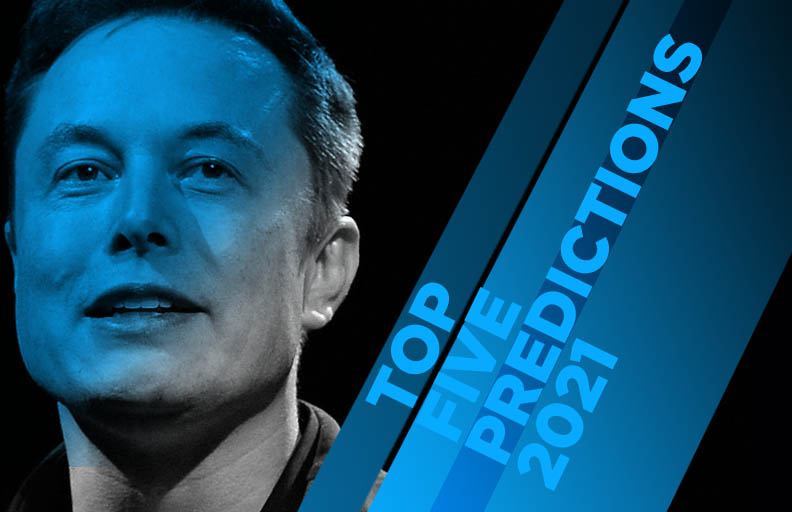 Most people have a strong reaction to Elon Musk—they either love him or hate him. That being said, Musk has consistently been an impactful innovator who privatized space, started Paypal, and made self-driving cars mainstream. Musk has recently been playing tag with Amazon billionaire Jeff Bezos for the “richest person” crown.

Musk is known for setting what some believe are “ridiculous” goals regarding the future of his company and the overall future of man, predicting humans will be overtaken by Artificial Intelligence by the end of the century. The 2021 predictions by Elon Musk are fairly extreme, but should it turn out he’s right, our world might never look the same. Musk’s prophecies about what we can expect from 2021 include:

We will have to wait and see whether Musk’s predictions hold true in 2021 and whether Elon Musk will be the first trillionaire in the world.